1. The news that Dustin Poirier will be facing Nate Diaz at the Madison Square Garden in New York City on November 3, 2018 was first reported by Lance Pugmire of the Los Angeles Times. According to Pugmire's report which was published on August 2, 2018, the bout between the two top lightweights will be the co-main event for UFC 230. However, an official announcement hasn't been made by the UFC. The organization was expected to make the announcement at a press conference in Los Angeles on August 3, 2018. 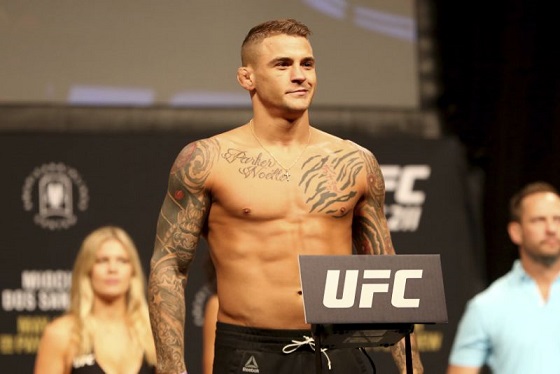