Treasure Hunting in the Philippines

As the demand for exotic antiques and historical relics continue to soar, a direct effect of this is an increase in the number of people conducting treasure hunting in the Philippines. These treasure hunters come from all parts of the world. A lot of them are locals who have learned how to go treasure hunting from books, television, movies and articles from varied sources like newspapers, magazines and the internet. Almost anything you wish to know about hunting for treasures can be gleaned from the internet. In fact, there are hundreds of websites, blogs and forums that are specifically dedicated to the business of hunting for treasures. It’s no wonder that interest for treasure hunting in the Philippines continue to grow every day.

What makes the Philippines a popular destination for treasure hunters, you may ask. A really good question. Why are hordes of treasure-hungry people flocking to the archipelago? Obviously, they think and believe that there’s a lot of hidden treasures here. But what makes them believe as such? I think the number one reason is the fact that the Philippines is historically rich. The country has been under Spanish rule for over three centuries. Before the Spaniards came, there were already various civilizations occupying almost all of the islands in the archipelago. Nations rich in history are also rich in treasures. Treasure hunters are aware of this. That’s why they have been arriving in this country in droves.

What kind of treasures are these hunters looking to find in the Philippines? Most of them sought historical items like objects from the times of the Spanish occupation. There are also those looking for items from pre-colonial times. These are rather very rare so they often come at very steep prices. Some Filipinos have made a career of hunting for these historical objects then selling them off to foreign treasure hunters and collectors. It’s not uncommon to hear of Filipino antique buyers and sellers becoming millionaires. 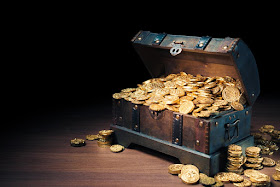 There are also those who come into this country to look for famous treasures like the Yamashita Treasure. This treasure which is allegedly composed of hundreds of gold bars hidden and buried in the country by Japanese soldiers during the end of World War II has attracted hundreds of treasure hunters over the years. The search for parts of this treasure continue up to this day. As you are reading this article, there are probably men currently digging a tunnel somewhere in Benguet, a province in Luzon where most people believe the treasures had been buried by the Japanese soldiers.

Another reason explaining the influx of treasure hunters into the country is the almost non-existent government regulation concerning the buying and selling of antiques and historical items. It’s almost too easy to bring an item out of the country. SMuggling is very rampant which is due to both incompetence and corruption within the agencies concerned with the exportation of items out of the country.
Share
‹
›
Home
View web version